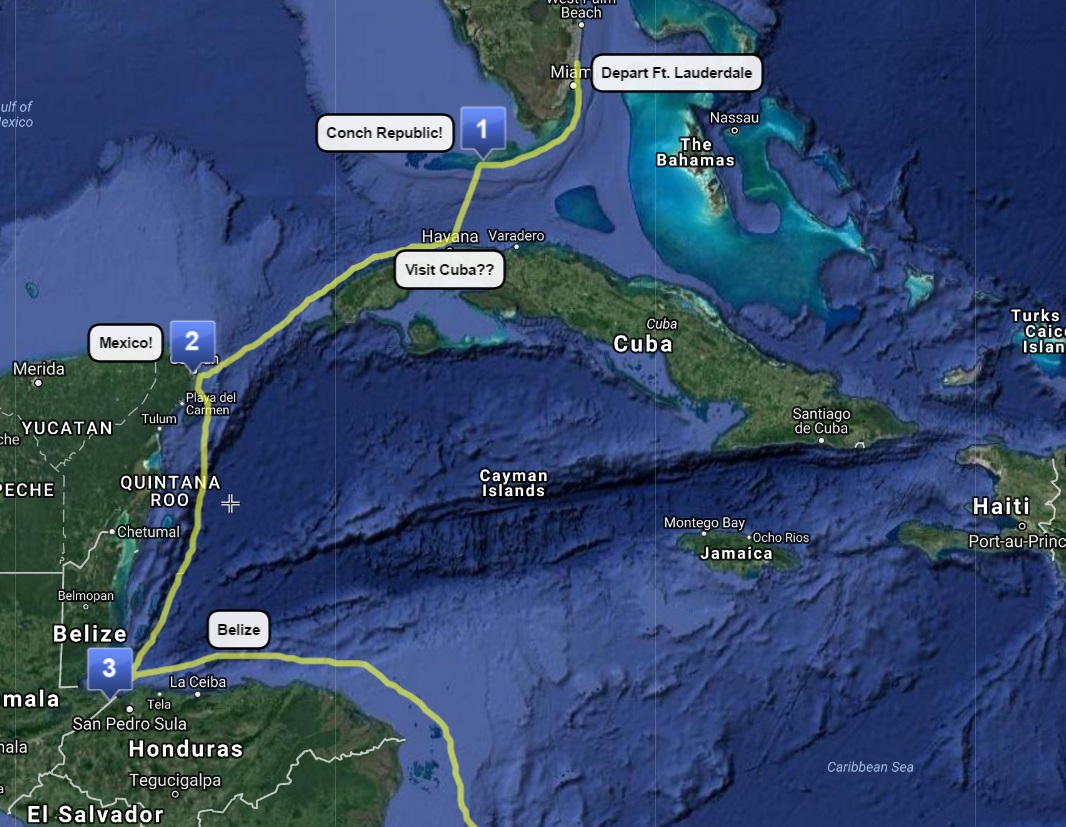 The fun factor on this leg was pretty low, and it started with the Coast Guard documentation papers being delayed until Wednesday, which meant we were stuck in Key West for the first half of the trip.  As a result, Cuba was out as a stop over.  Key West would have been more enjoyable, but we were on standby everyday for departure.

We missed a nice weather window on Monday, and conditions across the Gulf Stream were what is typically predicted, sloppy seas, and hard going against the current.

What wasn’t predicted was the squall we hit about 8 hours out of Key West.  40+ knot winds, and instantly built seas.  We still aren’t sure how, but after the squall passed we confirmed that at some point we spun out the starboard engine prop.  Suffered some additional rigging damage, and frayed the head sail a little, but the boat is still in one piece.

Some electrical bugs came up that had not yet shown themselves.  Will take some time to work through it all.  So much for trying this trip on one autopilot.  :{

Nathan did a great job on deck and was a huge help, and Gabby get’s the best crew award for keeping everyone positive and hanging in on overnight watches.

One thought on “(2) Key West to Cancun – COMPLETE”